Validation in MVC and its different way of implementation

In Server side by default we make use of existing validation through DataAnnotations
Declare default validation attribute like “Required”, “RegularExpression” , “Range” on top of required class properties to enforce certain rules.

Other way is by implementing IvalidatableObject

Model binding in controller
> By default model validation handled during model binding process, when data requested and start binding with class property, it apply assigned attribute validation attribute classes to check data is correct.
> For validation implemented using IvalidatableObject interface will happen next to prebuilt validation, this is because to check each property has loaded with correct and required data, before implemeting cross validation property.
> After this two steps completed the results of validation stored in “ModelState” property of Controller. So even when we implement our custom validation using IvalidatableObject interface, those validation result will also automatically updated in “ModelState.IsValid” property

The other way is by using ValidationAttribute class as below

In Migration we have two type of migration

Below information’s are for Code-based Migration

Update-Database: Executes the last migration file created by the Add-Migration command and applies changes to the database schema.
PM> Update-Database

In .net core while register services with dependency injection container in “ConfigureServices(IServiceCollection services)” in Startup.cs, we can define the lifetime of the instance across the application using any one of the three methods.

About OOP for beginners

While you developing an application, application is subjected to change in its business logic’s as a result code will keep changing, so  Easy of use and avoid large chunk of code by eliminating duplication of code , OOP comes into picture.

Reason to use OOP

1. Start with the simple object which can be abstracted into individual classes.
2. Identify all the classes in the requirement specification.
3. Identify the commonalities between all or small groups of classes. Do not force fit generalisation where it doesn’t make sense.
4. Keep all the data members private or protected.
5. Identify all the member variables and methods the class should have.
6. Ensure that the class is fully independent of other classes and contains all the necessary attributes and methods.
7. The methods in the class should be abstract.
8. Don’t use the procedural code into a class for the methods in the class.
9. Inherit and extend classes from the base classes when require.
10. Define the “Has-A” or “Uses-A” relationships among the classes 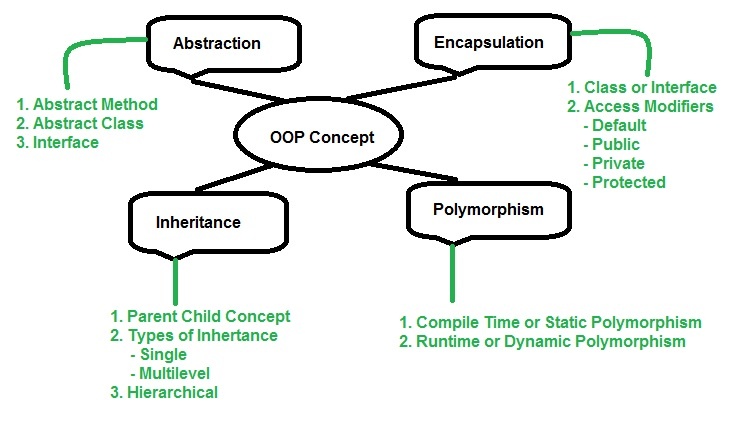 1) Class
Class is a blue print which is containing only list of variables and method and no memory is allocated for them. A class is a group of objects that has common properties.

2) Object
Objects are usable instances of class. In otherwords Object is the physical as well as logical entity where as class is the only logical entity.

3) Abstraction
Abstraction is a process of hiding the implementation details from the user, only the functionality will be provided to the user.

4) Encapsulation
Encapsulation is a mechanism of wrapping the data (instance variables) and code acting on the data (methods) together as a single unit like a Class.
The variables of a class can be made hidden from other classes, and can be accessed only through the methods of their current class. It is also known as data hiding.

5) Inheritance
Saves time by acquiring the same object into another
The process where one class acquires the members of (methods and properties) of another.

6) Polymorphism
This is the ability of an object to perform in a wide variety of ways.

Will see in detail with example in up coming post

Steps to Install OpenSSL in Ubuntu

Step 6: Package all the above file into .pfx file

To generate web reference for you project use wsdl.exe and then including the generated file (.cs) into your project.

Based on the .NET framework version your wsdl.exe file will exist in corresponding path as below

In case anyone using VS 2008 (.NET v3.5) is also looking for the wsdl.exe.
I found it here:
C:\Program Files\Microsoft SDKs\Windows\v6.0A\bin\wsdl.exe

Using any one of below command can generate proxy class

How to sign and verify data using digital certificate

While communicate with other there would be a sensitive data which need to reach the other end in secure manner.

Digitally signed data comes in to picture which provide us a secure and confidential way to communicate.

Below are the code to digitally sign the plain text and send it over other end, there signed data will be verified using the public key. 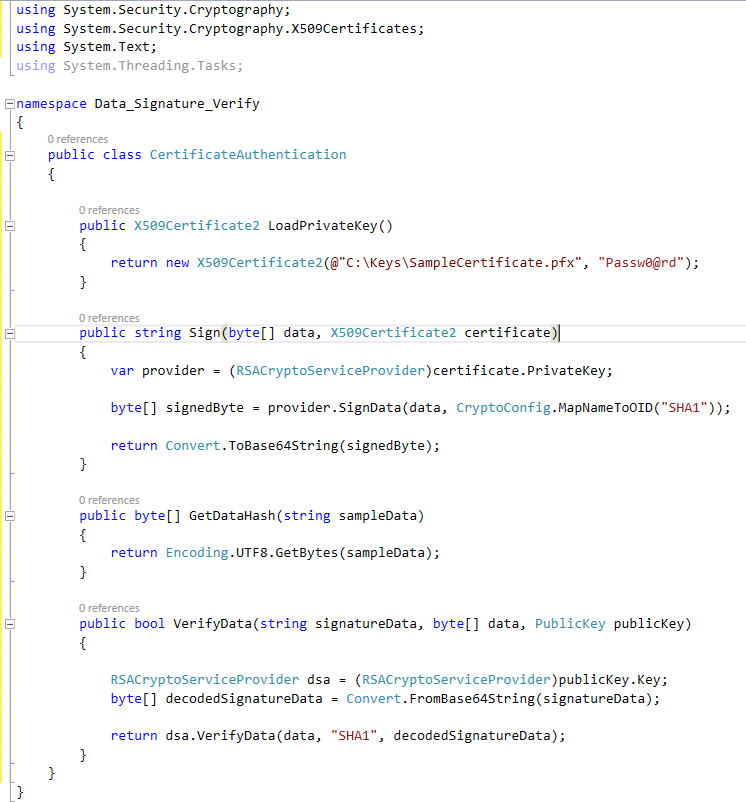 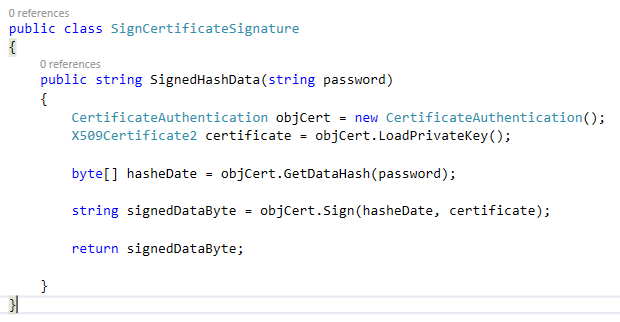 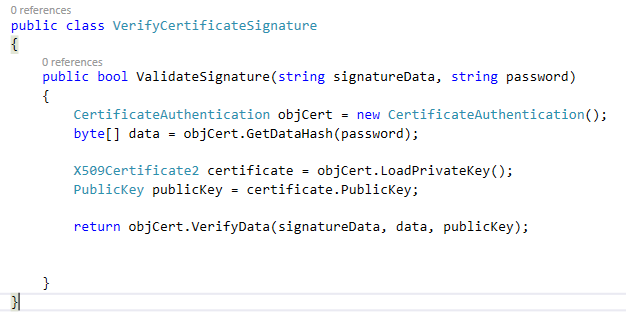 In web development Template represent Views, Partial views, User control, or static pages. But in Sitecore Template terminology is not same as above. Here template is something like Class in OOPS. Template can be Viewed/Created with in Template node in the navigation tree. Just as a class has properties that define its properties, every piece of content in Sitecore will have a data template to define the properties it contains.

There are 3 type of Template

How can you get the best out of Sitecore?

To build good template, should aware of below checklist

– Based on the site’s requirment think about entities and fields.
– Group all releted fields under logical section.
– Identify all common fields and create a base template.
– Field name used should be easily understand by business users.
– “Display Name” property to provide friendly name to an item.
– Always set default values in standard values.
– Apply Icon to templates, so that it is easy to recognize.
– Presentation should be configured in standard values.
– Utilize branch templates for predefined structure creation.

– As a standard, try not to have more than 100 items under particular node. If expecting more than 100, then consider using buckets or create folders in a way that it doesn’t exceed more then 100 child per folder/item.
– Try to have only page items created under home page.
– Make sure we have security added for items based on user access roles.
– For faster access index should be configured.
– Also maintain minimal version for each item.

Presentation
Now the content structure is ready, let’s get started on creating the presentation

– Make sure all the LAYOUTS are created under ‘/Sitecore/Layout/Layouts’, can also create sub folders if needed with access limitation.
– For each device layout should not have more than 3 layouts structure.
– Layout details should be assigned in standard values and not in Template/Item level.
– Use Field Renderer object to render the fields on presentation.
– Caching options should be configured whenever the controls are used, based on the control definitions.